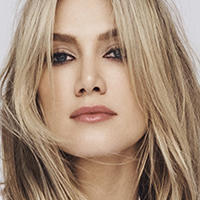 The gallery has been updated with 6 new HQ/MQ production stills for Olivia: Hopelessly Devoted To You. There are now 12 in Total from the mini-series.

The gallery has been updated with photos from Olivia: Hopelessly Devoted To You & they include HD screen captures from the teaser clip, HQ soundtrack cover art & 4 HQ production stills.

Heaps of controversy & tabloid trash have surrounded & been written about Delta playing Olivia Newton-John in the upcoming miniseries Olivia: Hopelessly Devoted to You especially about what Olivia has said herself about the whole thing. Olivia is on the cover of the May issue of ‘The Australian Women’s Weekly & the interview touched on the miniseries:

There is also a movie of my life that’s been made in Australia with Delta Goodrem playing me,” she grimaces, referring to the Channel Seven biopic, Olivia Newton-John Hopelessly Devoted To You. “I probably won’t watch it. When they told me they were doing it, I was horrified, because despite the fact I’m well known, I’m kind of private and my private life, even though it gets into the papers, is not something that I want to talk about. I worry about the people in my life. It’s not their fault they were married to me or were my boyfriend, so I didn’t want it to happen. But then I realised it was going to happen whether I wanted it to or not. So I decided to make something positive out of the negative and I asked that any money that would come to me would go to my hospital so that way I can do it and feel I care about it. “I love Delta. I think she’s a really good actress and a great singer so that made it okay, because we’re friends. In the beginning, she called me and asked, ‘Shall I do it or not?’ First I said, ‘I’m not sure,’ and then I said, ‘Oh, you do it’. “I haven’t read it and I don’t know how accurate it is because it’s a movie and people weren’t there at every moment of my life but the money will go to the hospital so some good has come of it.” – Excerpt from “Olivia Newton-John: Don’t Stop Believing”, The Australian Women’s Weekly May 2018

Role: Herself(Coach) — Status: Season Seven
imdb ― images ― official site
Contestants compete in a singing competition that focuses on the quality of their voice.

Role: Olivia — Status: Premieres May 13th
wikipedia ― images ― official site
Over five decades, she’s been the one that we want. The hugely popular Australian singer Olivia Newton-John is the subject of this moving drama about her brilliant career. The two-part series charts the astonishing personal life of Australia’s sweetheart.

You can purchase & listen to Delta’s music on the links below & watch Delta’s videos.